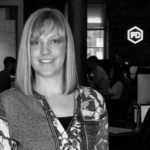 Google Trends is happily living out its teenage years as one of marketing’s worst kept secrets, helping SEOs everywhere to discover what exactly people are searching for… and when.

If you haven’t used Google Trends before, you’ll fall in love with its wealth of information. To celebrate its 15th anniversary, Google has shared the top 15 tips for getting the most out of Google Trends which includes choosing ‘topics’ rather than ‘terms’ and keeping an eye out for real-time searches.

Who remembers the OGs of social networking? We do. Back in 2006, Myspace, Bebo and Piczo ruled the roost and for around three years they continued to dominate.

… And then good old Facebook came along and shook things up. It’s interesting to note that Twitter and Instagram have never achieved the same high search volumes as Myspace or Bebo – demonstrating the rise of app use versus desktop or mobile search.

If you were a child or teen in 2006, chances are you had this highly demanding virtual pet. Before the internet dominated our lives, Tamagotchis did. Fortunately for parents and teachers everywhere, the trend soon petered out and searches for Tamagotchis are now relatively low.

When it comes to searches for High School Musical, we really are all in this together. Searches peaked when the first film was released in 2006, and continued to spike around the time of each subsequent movie release.

FEELING WHEELY GOOD IN OUR HEELYS

If you had a pair of Heelys back in 2006, then you really were one of the cool kids. It was tricky getting the hang of zipping about in these trainers, which had a concealed set of wheels, but search trends from the era shows that didn’t stop people from craving a pair.

J-POP BOBS TO A STOP

Japanese pop music took the world by storm in 2006, though in recent years it seems to have fallen in popularity. In addition to the global phenomenon of K-pop, will we see a J-pop resurgence in 2022? We hope so!

Despite Britney Spears and Justin Timberlake splitting in 2004, searches didn’t peak for everyone’s favourite 90s duo until 2006. You might be surprised to hear that 2006 searches didn’t actually have anything to do with JT at all, he was simply mentioned in dispatches when Britney announced her infamous divorce from Kevin Federline.

Wii WISH YOU A MERRY CHRISTMAS

The Wii was a relatively unknown search term until December 2006, around the time Nintendo’s popular console was officially released. Of course, it quickly became the Christmas gift of the year as parents everywhere scrambled to get their hands on one!

WE’RE ALL HAVING A CHUCK-LE

If you’re wondering which year is to blame for the infamous Chuck Norris meme, we can take a long hard look back at 2006. Though Chuck’s legendary fortitude provided plenty of laughs for many years to come, the first search spike happened this time 15 years ago. Was this one of the internet’s first viral meme series? Quite possibly.

Low rise jeans were a very popular trend around 2006, made famous by the fabulous Christina Aguilera. Everyone who was anyone would wear a pair. After over a decade of low rise jeans being a firm fashion faux pas, we’re now seeing searches increasing again. Fashionistas are bringing low rise jeans back!

Steve Irwin’s heartbreaking death shook the world in 2006, with thousands of people looking to pay their respects. The early 2000s saw the first celebrity deaths triggering a public outpouring of grief online as more people turned to the internet to find out more information as opposed to relying on printed papers.

Football player Ferenc Puskás also passed away in 2006, though the annual FIFA Puskás Award in his honour had led to searches of his name continuing for well over a decade – a fitting tribute to a legendary player.

AN EXPLOSIVE DISCOVERY WITH MENTOS AND DIET COKE

DECODING OUR FAVOURITE FILMS OF 2006

Amongst many fantastic 2006 film releases was the ever-popular The Da Vinci Code. Though the film continues to be a firm favourite, it’s clear people were only really searching for it in the run-up to its initial release.

People were, of course, searching for the book too. Though it was originally published in 2003, The Da Vinci Code became a bestseller again in 2006 thanks to the popularity of the film adaptation. So popular, in fact, that just ten years later charity shops became so overwhelmed with copies of the book they released statements asking people to stop donating The Da Vinci Code altogether!

Snakes On A Plane also proved popular with internet users in 2006, thanks to its intriguing title and rather silly but brilliantly simple premise:

Though searches certainly don’t peak in 2006, we like to think of 2006 as the year Uggs stole Christmas. Every year since, we’ve seen a huge spike in searches for Ugg boots in December. If you haven’t yet grabbed yourself a pair, this evergreen seasonal search trend shows it’s never too late to add Uggs to your wardrobe.

Teeth got a blinging upgrade thanks to the popularity of grillz. Search trends show that people were desperate for a shiny set of gnashers in 2006, perhaps to emulate popular rappers like Nelly, though we’ve seen a slight incline in searches in recent years.

OVER IN A NANO-SECOND

iPods were a game changer in the early 2000s and it’s easy to see why. Gone were the days of unreliable Walkmans and MiniDiscs or choosing just one album to take with you on holiday. Suddenly, a whole world of music (and then video) became available. Though music streaming services saw the popularity of iPods die down less than ten years later, it’s clear to see just how popular MP3 players were back in their heyday.

So there you have it! A whistlestop tour of the 15 trends that captured the world’s attention 15 years ago. Google Trends has helped us take a deep dive into search trends and discover the topics we all need to be keeping up with. But what will the next fifteen years look like? Let us know your predictions on Instagram or LinkedIn.

November 2022 Campaign Round Up