The Power Of Brand Storytelling 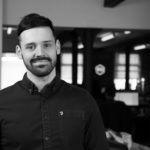 The Power Of Brand Storytelling

As part of Leeds Digital Festival 2018, the Flaunt Digital team hosted ‘Why You Should Be F***ing With Video’; an interactive event looking at some of the key aspects of getting started with video. In this section, Lee discusses the power of brand storytelling…

See below for a full video transcription.

I wanted to talk a little bit about the power of brand storytelling. So obviously, the ability to tell your story as a brand, regardless of what sector you’re in, is easier than ever. It makes you personable. It allows you the opportunity to get your voice across and talk about your product without selling directly.

So, “Marketing is no longer about the stuff you make but about the stories you tell.” That’s a pretty generic quote from Seth Godin but it does make sense. Storytelling has been around for thousands and thousands of years, right from cave paintings. All that video does with internet speeds, adoption, distribution being better, is it allows us to tell the stories that we want to tell at a pace which matches modern attention spans.

So, an image of a chap ignoring his missus at dinner there just reflects that. So obviously, our attention spans are becoming shorter and shorter because the access that we have to that content is just vast and it’s fast. We want the content there and we want it now, so our attention spans are getting shorter and shorter. And what video allows you to do is capture your audience’s imagination and tell that story. You can tell much more in a 10-second video than you can in a 2,000-word blog post.

So, video allows brands to capture imagination, provoke emotion, create affinity, and promote their product without selling it. So it’s all about having the right narrative, thinking about who your audience is, who you’re talking to, and hooking them in. So if you can hook them in with a video, they’ll pay your video attention for however long it will be, let’s say three minutes, and that is just gold for a brand.

So to reinforce that, I’m just going to show an example of a video that I think does a great job of telling a story. It’s an online-only video. It’s not being turned into a TV ad. Although it’s a big brand and the production behind it will have been a valuable amount of money, it still tells a story that I’m after.

So, that example, Volvo understand exactly who they’re targeting with that video, instantly provoking an emotional response and using a narrative that matters and is important to their customers. So, a lot of Volvo customers are going to have kids. So instantly, when you see that beautiful little girl at the start of the video having issues, you’re hooked in. That appeals directly to their audience. A story told which creates an emotional affinity to Volvo and communicates one of their historic USPs.

So without actually physically pushing the product in front of you, they’re reinforcing the fact that they drive safety home as one of their key areas. They’re doing that kind of content across the internet quite a lot and it’s having a real impact. So that video was released in June, in 2017. To-date, it’s had just short of a million views, which, for a channel on YouTube that has a relatively small following of under 100,000 subscribers, is quite impressive. It’s also received some of the most impassioned comments that YouTube has ever seen.

So that is just one example there. If you can get your customers saying things like that, or if you can get your audience saying things like that about you from producing a piece of content, that’s the goal. So you’ve won, in my opinion. So that comment is great. I think that would be something that anyone would want to shoot for, regardless of whether you’re trying to sell a car or whether you’re just making content because you love making content. That’s what video allows you to do.

November 2022 Campaign Round Up