Written by Mackenzie
Get in touch 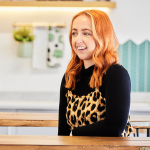 Spotify Wrapped – the most anticipated PR campaign of the year has arrived! Plus LinkedIn can now save you time with the new scheduling feature and Snapchat’s new campaign is going viral!

Check out the latest trending social stories below.

The Campaign Everyone Waits For: Spotify Wrapped is Here!

One of our favourite marketing campaigns launched last week and is a campaign everyone loves! Spotify Wrapped began in 2016 and is a campaign that shares a compilation of data about a user’s activity on the platform over the past year.

Using AI-enabled technology to give consumers a ‘deep dive’ into their listening habits of the year, Wrapped gifts them all with a personalised list. This list highlights to consumers their most listened-to genres, songs and artists, creating a tailored list of music that listeners favoured throughout the year.

This is followed by everyone plastering their personal Spotify Wrapped all over Instagram for days after it is launched… generating free publicity and a bank of UGC for Spotify!

It’s even better because you never know when it’s about to launch, as weeks before Spotify sends out hints like: “Keep listening to what you love” and “We’ll shout when it’s ready”, already creating so much buzz around the much-anticipated annual campaign.

The other weekend there was a free pop-up crisp shop hosted by Simply Roasted Crisps in London, which blew up thanks to TikTok.

But, why did it go viral?  The main reason it went viral was thanks to TikTok as they got 1.5M views in under 24 hours on one video, leading to 4,000+ people sampling their crisps and 500+ fancy prizes being won on their wheel of fortune.

Following this epic campaign, they gained 500+ new followers on their social accounts and an array of UGC with 100+ stories and posts about their pop-up.

They also went viral because of these three things:

You Can Now Schedule Posts On LinkedIn

Well, we have good news – you can now schedule posts on LinkedIn! The scheduling tool is now available for all desktop and Android users, making it possible to schedule posts, pictures and videos up to three months in advance. It is yet to be introduced on the iPhone – but we suspect it won’t be long until it makes it to the App Store.

Ahead Of Festival Season, You Can Create The Ultimate Line-Up With Instafest

Instafest took over our social media feeds last week as people shared their ultimate festival line-up. The Instafest app lets people show off their amazing music taste as the app creates a music lover’s dream by pulling together their most-listened-to artists on Spotify, Apple Music or Last.FM.

Within only days of launch, 5 million people had already generated their Instafest posters.

Snapchat Teams Up With New Balance For An Epic Ad Campaign

Snapchat and sports brand, New Balance, teamed up to launch a new marketing campaign. Launching throughout December until the 31st, complete with a voice prompt! Using New Balance Lens, customers will be encouraged to respond to questions about key products they are looking for using their voices, rather than typing.

Similar to a personality test, after answering the questions, the app will recommend a pair of trainers that are suited specifically to the user. With in-app shopping growing in popularity, it will be interesting to see how other apps innovate to make their e-commerce offerings more engaging.

Message Yourself On WhatsApp

Do you forget your Christmas shopping list or fancy sending yourself a pick-me-up message throughout the day? You can now do so on WhatsApp! WhatsApp’s latest feature adds you as a contact so you can send messages, voice notes or links to yourself, just like if you were talking to a friend. This feature has been tested over the last few weeks and is now confirmed to be rolled out to users on iOS and Android very soon.

Give us a call or check out the Flaunt Digital blog for more digital marketing advice. Alternatively, head to our Facebook and LinkedIn channels to fill up on juicy insights with more Flaunt content.