The Growth Of Video As A Format

Written by Lee
Get in touch 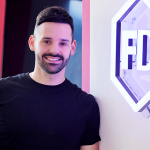 The Growth Of Video As A Format

As part of ‘Why You Should Be F***ing With Video’, our event at Leeds Digital Festival 2018, Lee shares some insights into how video has grown as a format in recent years and how content producers can use video to improve their content marketing strategy…

See below for a full video transcription.

Following on from that, we’re gonna touch on the growth of video as a format. So the reason why video is becoming more and more important, basically, and how it’s grown over the last couple of years. So internet speeds have had a lot to do with how people are adopting video and how widespread it’s becoming. So maybe six, seven years ago, video was really shaky. Now, you can get 30-plus meg on a 4G connection in the city center. You scroll through Facebook, video is all you see. So the internet speeds and the infrastructure in the UK has had a massive impact on how quickly video has grown.

So, the big video platforms currently about… So YouTube, Facebook, and Instagram are pretty much leading in the space. Twitter and LinkedIn both have capabilities for video. However, arguably, YouTube, Facebook, and Instagram are more suitable. And then you’ve got things like Twitch, Periscope, Meerkat, sort of to a lesser to extent, and Snapchat, which are more live streaming. So that technology is coming on quite a bit. Twitch is getting quite a lot of coverage at the moment, based on big vloggers moving to that platform. So you’ve got people like Casey Neistat, who’s sort of leading the way. He’s a huge YouTuber. He sort of controls that platform. He’s now moving to Twitch and doing a lot of video on there, so that’s something to watch out for. But I think that YouTube, Facebook, and Instagram are really leading the way, both in implementation, speed, things like that.

So just to put that into context, by 2020, videos will account for 79% of global internet traffic. That in itself is something to take note of. In the past 30 days alone, there’s been more video uploaded to the internet than the last 30 years of TV. So that, again, just reinforces where we’re going. Digital content and video is gonna pretty much wipe out traditional TV over the next, maybe 10 years, I would say. People are spending approximately two hours a day, minimum, consuming video, whether that be online, on a mobile device, things like Netflix, Amazon Prime, creeping into those stats. And then the final one, which is impressive on quite a few different levels, is there’s over 400 hours of video uploaded to YouTube every minute. So that is just a ridiculous stat for how much video is not only being created, but is being consumed. That desire to consume the video is there, so these platforms are taking that much video.

So, you may already be producing a lot of content. How do you find the time to do video as well? It’s just another thing to contend with. If you’re a content marketer, if you’re a marketing agency, if you’re a brand, you’ve already got a lot of plates in the air. Video is just another format. So, how do you sort of work that into what you’re doing and stay current, in terms of the content that you’re producing?

What about moving completely to video? Sitting video at the top of your tree and using that as a primary form of content. And what I mean by that is if you use video as your main pillar, you’ve then got all these other types of content that you can spin out of that video.

So, for example, let’s say you create one pillar video and maybe a 10-minute piece. You’ve then, while you’re shooting that, got the option of doing live streams. So that’s instantly, depending on how many networks you want to take advantage of, another couple pieces of content. You can then look at producing three or four social shorts. So what I mean by that is one-minute clips that you can just pull straight from the main video. You can then transcribe that content, which would sit on your site as a blog post, so you can do that with a social short. So let’s say you create three social shorts, you transcribe each one of those, you’ve got three blog posts. That gets pushed across at least four social networks. You’ve got Facebook, LinkedIn, Twitter, Instagram, whichever is more applicable for your audience. Then you’ve got your social media images, so you can pull stills out of the video that you’re producing. So again, all driven by that main pillar piece of video. E-mail, so, if you collected e-mail addresses on your website for a newsletter, that can then also be taken advantage of. This content can go out to those kinda people. So instantly, from that one 10-minute video, what you end up with is 13 pieces of content across 11 different networks. So you’re essentially leaving with 24 pieces of content.

So if you move to video and it works and you can find your flow with it and you can experiment with it, you can generate a plethora of content off the back of it, without having to think, “I need to stop writing to accommodate video,” things like that.

So, does that work? In January, we moved to that as a strategy for our business and this is, to date, the stats that we’ve got. So, website traffic has gone up 177%. Conversions, so inquiries through our website alone, has gone up 213%. We’ve seen a pretty big jump in some rankings for some key terms for us, such as “Leeds Digital Agency,” which we’re now on page one for. Historically, over the last three years, we’ve been around page two, page three. Our Twitter followers have tripled. YouTube watch time has increased by 800% after its first month. Obviously, there’s a little bit of a caveat there. It’s gonna inherently increase with more content that you’re putting out. And then the final stat there, Twitter impressions from pushing out social media shorts, so like, 15-second clips, 30-second clips that we’re pulling out of these videos, has increased our impression share by nearly 2,000%.

So for us, being a medium-sized business, that’s really significant. And this is all from sitting down in December and going, “Right, we’re gonna go all-in on video. We’re gonna use it as our primary format and we’re really gonna push and we’re gonna create all this other content off the back of it.” So, in short, we think it works, which is why we’re here today…