Written by Chris
Get in touch 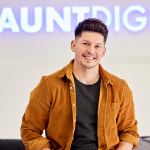 Google have promised to raise the bar for advertisers and brands, improving safety and monitoring controls to avoid display ads appearing alongside inappropriate content across the web.

A clear course of action for Google following some extremely negative press in which some well known organisations and brands had their ads placed next to extremist video content on YouTube.  The news has created a domino affect causing global brand such as L’Oréal, M&S & Audi to withdraw their display advertising activity until Google can strengthen their safeguards.

Increased security and transparency would unequivocally give advertisers more confidence to run display activity across Google’s display inventory.  This is a key step towards building trust with advertisers and brands, however this approach only aims to reduce the number of occasions where advertisers’ ads appears next to inappropriate content.  The real question is, how do Google aim to tackle the amount of illegal or extremist content online?  Labour MP Yvette Cooper put added pressure on Google to refund advertiser money and explain how this happened after accusing Google and these organisations of profiting from hatred

Google’s placement algorithms performs a staggering number of calculations in milliseconds to help match ads to relevant or targeted content across the web.  However due to it’s automated nature, there are bound to be mishaps in ad placement accuracy.  Ultimately, both site publishers and Google benefit financially from display advertising technology.

Google’s European Chief, Matthew Brittin extends an apology to advertisers and brands due to the damage caused and promised to enforce stronger security and policy measures to protect advertisers and brands using their services.  To further strengthen his message, Philipp Schindler, Chief Business Officer at Google published an article on Google’s advertiser blog yesterday explaining how Google intend to combat the pertinent challenges.

Although Google has been at the epicentre of recent criticism, it’s important that brands recognise that their advertising agencies can be doing more to prevent this type of thing happening.  Google’s ad platforms give advertisers’ access to a plethora of ad placements which can be manually controlled by said advertiser.  Google already have measures in place allowing advertisers to restrict or enhance ad delivery across websites of a certain nature. These control measures allow advertisers to manage ad placement by applying the below safeguards:

It’s clear that Google have come under immense pressure to review and fine-tune their ad serving algorithm to protect this type of thing happening in future.  Brands will be expecting big things from Google in attempt to restore confidence in digital media buying, and with that comes a strong message for advertisers to be more vigilant in campaign planning an execution.