Written by Jamie
Get in touch 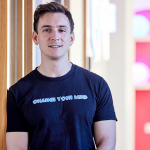 In our latest edition of The Flaunt Review, Jamie shares his thoughts on the Git solution tool ‘Bitbucket’. Don’t forget to subscribe to our YouTube channel for more videos like this.

See below for the full transcription…

Bitbucket is a really important tool that we use at Flaunt Digital. And what it does is it allows you to manage your source code. You’ve probably all heard of one of the big players in the space called GitHub. It’s this massive tool and Bitbucket is essentially very similar to GitHub.

GitHub’s name implies that it uses Git, which is true, and it’s the same for Bitbucket. So even though Git’s not in the name, it’s the same thing. What Git does is it allows you to run commands on the command line or you can even integrate it into your favourite code editor like Atom or NetBeans, for example. That will allow you to commit and push and pull changes in order to collaborate in a team and make sure all your source code is in sync.

So that’s just the start of it. Source code management does a number of things that are really useful for development teams. Such as it allows you to deploy changes to a staging server and you can manage your deployment pipeline and you can put it to staging, to live, to production. And it also does much simpler things which people take for granted like just saves your code somewhere external.

A lot of these services particularly GitHub and Bitbucket offer cloud services whereby all your source code is stored elsewhere. You can host these things in-house. GitHub, Bitbucket and a lot of other competitors, GitLab, etc., offer in-house solutions. You can also do it yourself, if you like, but that would also mean putting the code on your own server, which has problems; failure of your hardware or anything like that.

Another really important facet of source code management is if you’ve got a client that’s interested in the development side, say, sometimes you might be collaborating with an offsite development team. They often want exposure to the source code that you’re doing and the changes that you’re making. It’s totally granular and you can see exactly which lines have changed, added, removed, amended, etc. And that’s really useful for clients that are interested in that kind of stuff, especially if they’ve got their own in-house development team that you’re working with. It’s also interesting for clients that want to see, you know, what you’re doing, when you’re doing it, how you’re doing it. You can get some clients a bit more technically astute.

In terms of feature set, Bitbucket uses Git for source code management. So, it’s got all the features that Git uses in terms of commit, stashing, branches, forks, you name it; all standard source code management features that have been around for years. A lot of these things started off with a management tool called SVN. That’s pretty old school but then the man who invented Linux brought along Git and then ever since Git’s been about, it’s been so much better because it’s a distributed system.

All these features are in Bitbucket by default and you’ve got other things laid over the top. So, if you’re using the normal Bitbucket cloud service, you’ve got obviously a web UI to manage your stuff. You can login. You’ve got SSH key authentication. You’ve got loads of tools as well that are integrated with it.

So, another good thing about Bitbucket as opposed to the competitors is that Bitbucket is now part of the Atlassian suite. So Bitbucket was acquired by Atlassian about five years ago. You may have heard about Atlassian. They’re a massive enterprise software company from America, they’re doing really well.

They’ve got a tool called Jira, which is a really popular enterprise that allows you to manage tasks and projects and clients. And that integrates with tons of stuff already, so now it’s sat within that suite, you’ve got all the integrations.

They’ve also recently acquired a tool called Trello, which is really, really popular. So that’s, like, a Kanban board basically but you can do to-do lists and clients love that as well. So, it integrates with that too.

And that’s a really big acquisition for them because one of the advantages over Bitbucket that Github has had historically is the issue system. It’s really useful for open source projects especially because it allows everyone to chip in and put their issues in there and developers can tick it off and say how it’s been merged in, put a request here for that, etc. But now Atlassian’s got Trello built in you can bring that into Bitbucket. They’ve got that covered now, so it’s a really, really clever acquisition for them because that’s a lot of features that clients love and everyone knows Trello already. People have got accounts there. So that’s great.

Other competitors, I know I’ve mentioned GitHub a lot, but there’s GitLab. There’s also a few other ones. There’s some really old school ones that are still chugging along that are sort of dying out a little bit now. But the thing is with Bitbucket, now it’s part of that Atlassian suite it’s more of an enterprise solution. So, GitHub is much more open source focused and that’s represented in the pricing structure as well. Which I’m going to get onto in a minute.

So, what you get with the pricing structure, as quite a tight Yorkshireman, this kind of thing is really, really important when you’re choosing your tools. The last thing you want to do is get embedded into a tool that’s quite hard to move out of, and the pricing rockets up. We’ve got quite a small development team at Flaunt Digital, so the pricing structure really has to be represented in that. Only a few years ago, the pricing structure of these tools was based on the amount of repositories you have. And that’s not an indication of how big your development team is. GitHub and Bitbucket have realized this and they’ve flipped it on its head now and they charge you per user rather than per repository.

That’s a really important move because it means that with a small team you can basically use things for free. But as soon as you start growing your team, obviously you start to earn more money and get more clients onboard, they can start charging you more money. Which makes sense because even if you’ve got a small development team, you might need 50 repositories. At Flaunt Digital, I mean, we’ve worked on…I think we’ve got about 60 repositories in our Bitbucket account. Before we used to get charged per repository. Because we’ve got a small team, you’d have to pay a lot more money. But now it’s a bit different and even with a small team, you can have as many repositories as you want and still pay a small amount of money, which is definitely the way to do it. I think Bitbucket made that pricing change first and GitHub followed straight after, or vice versa.

One key difference here is GitHub changed recently, a couple years ago. And even for one private repository, you’ve now got to pay a small fee. Whereas with Bitbucket, you can have as many private repositories as you like up to five users. It’s nothing for five users and then up to 10 users, you pay $10. With GitHub, it’s basically if you want a team account, so you want your organization name on there, which obviously looks much more professional, you’ve got to pay $25 straight off the bat and that gets you five users. And if you want to have some more users, it’s $9 per user. So, if you put that into perspective, if you want 10 users on a GitHub organization account, you’re going to be paying $25 plus $45, which is $70 a month. Whereas in Bitbucket, if you want 10 users in an organization account, it’s just going to be $10. So that’s a big difference. If you’ve got a team of 10, you’re looking at a difference between $10 a month and $70 a month, which is massive. And like I say, it’s pretty much like-for-like feature-wise, so as long as you can deal with using a slightly less popular, less well-known system in Bitbucket, because obviously GitHub is really well-known, everyone has got a profile there already, then it’s really a no-brainer. And if you use the other tools that Atlassian suite offers, like Jira or Trello, it’s also really, really tightly integrated in the app, and that’s going to become more and more tight as well, as the development cycle continues with that software.

And that’s about it. Like I said, take-homes from this little review are Bitbucket is definitely an enterprise solution and that’s exactly how Atlassian have angled it, because they know they can’t compete with GitHub on open source. GitHub’s still totally free for open source. You can have as many public repositories as you want. Everyone’s got a profile there. Everyone knows it. People use it in job interviews and on their CV and all sorts. So, it’s a really, really widely known piece of kit. But Bitbucket know that with Atlassian, they’ve got the enterprise market already so they’re going to continue to integrate their existing tools like Jira and they’re going to bring in their customers that way. And because they’re so competitive on pricing too, especially for small teams, it’s really easy to get into it. And because the pricing goes up quite shallow, it’s also alright as the team grows, whereas GitHub is quite sharp. Like say you’ve got five users for $9 a month, but as soon as you’ve got 10, it’s $70. So, it’s, you know, six times more, seven times more money per month quite quickly. You’ve got to be cautious of that if you’re going to start using GitHub in your enterprise.

That’s all and I hope to do a review of another tool soon. Thanks.