christmas 2022 PR campaign round up

Written by Kaitlin
Get in touch 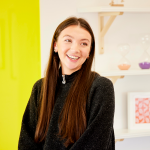 christmas 2022 PR campaign round up

December went past us in a flash and Christmas is coming! But one thing that has been filling up our social media pages are this year’s Christmas campaigns and they have not let us down.

Turkeys are about to be eaten and the Christmas day TV guide is being fully analysed. December has been a fun-filled month and possibly the best month for outlandish campaigns, here we take a look at our favourites this Christmas.

Coca-Cola has always thrived around Christmas time but this may be their best idea yet! They staged an XL karaoke event in Piccadilly Circus where Londoners came and sang along to carols and the “Holidays Are Coming” soundtrack from the brands Christmas TV ad.

It was a great way to spread the Christmas spirit on one of London’s busiest streets. The participants were streamed live on the bright lights of the Picadilly screen where they were able to send the moment around to others.

Paddy Power has been on fire with their reactive PR recently with the drama that surrounded number 10. They are now back with a Christmas special. Retired England football star Peter Crouch is set to reach the Christmas music charts with his newly revised football-themed classics.

With such an unusual occurrence of the World Cup being held so close to Christmas, Paddy Power wanted to create something to mark the unforgettable occasion. As well as the catchy new tunes there is also a great motive around it where all profits will be donated to support LGBTQ+ oppression in Qatar.

Have Your Elf a Merry Christmas

Now this wouldn’t be a December Christmas campaign roundup without a Christmas TV ad, would it? The Asda and Elf collab has been talked about more over this festive period than any other ads this year.

By throwing Buddy the Elf into an Asda store during Christmas and capturing the essence of the much-loved movie in an advert, which gave us the nostalgic feel we all look for during this time of year.

Now, this campaign took the whole country by storm. The self-proclaimed least favourite chocolate, Bounty, was taken out of the Christmas Celebrations box. This started the “Lonely Bounty” campaign where the public who are in favour of the chocolate are encouraged to show their support by using #BringBackBounty on social media.

This campaign got the whole country talking, there were many debates as to whether the Bounty-less boxes should stay or not. But what do you think?

Barbour’s heart-warming Christmas film “One of a Kind-ness” focuses on sustainability and thoughtfulness. Collaborating with the British film character Paddington the film shows him coming up with a thoughtful gift for his grumpy neighbour – a Barbour Re-loved jacket.

The campaign’s focus on sustainability brings in a new initiative for customers who no longer have use for their Barbour wax jacket and encourages them to hand it back in return for a voucher. This concept along with the much-loved character of Paddington is such a big hit with our emotions this festive period!