Written by Victoria
Get in touch 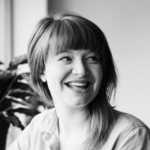 My dad has many peculiar habits, and one that always stuck out to me while growing up was that he’d walk into the room to say something, catch a glimpse of the television, and entirely forget what he had meant to say. Even if he then remembered it, he’d stay standing there, entirely transfixed, until someone yelled at him or changed the channel.

For better or worse, we all have some version of this (let’s call it sticky eye syndrome). When we see something happening, it grabs our attention longer than text or plain images would. (Still just briefly, though, unlike for my dad.)

That is the power that video holds. It held it years back on a clunky CRT TV, and it holds it today on tablets, smartphone, desktops, laptops, and even smartwatches.

And it is precisely that power that places video on the top of the heap when it comes to content marketing. Number one. The big cheese.

Let’s take a look at the specifics, shall we?

We might as well deal with the biggest stats fairly concisely, because it’s an open and shut case when it comes to analytics. 80% of all web traffic will consist of video by 2019. Studies have found that the information retention rate of video is overwhelmingly higher (95% to 10%) than that of text. And video on social media generates 1200% the shares of text and image posts combined.

You could trawl through figures like this for hours, but it’s easier to skip to the conclusion. Video works for advertising and content in general (including SEO) in a way that nothing else does or ever has, and ever since technology caught up with the possibilities of the internet, it has taken its place on the virtual throne.

On that basis alone, even with no idea of what makes video so effective or how you could use it, every company with any marketing goals should be investing in video.

Video marketing used to be fairly challenging to try. It required significant upfront investment for equipment and editing, and could easily end up producing shoddy work that made all parties involved look unimpressive and unprofessional.

These days, that just isn’t the case. With the average smartphone having a fairly decent camera capable of shooting 1080p footage, and the average laptop being powerful enough to do video editing that would have been arduous work only a decade ago, even the smallest of businesses can afford to give it a try.

That gives you the freedom to start small and experiment. You can take all the time you need to figure out how video marketing can fit into your overall strategy before investing anything more in it, and during that time you can be learning how to edit.

The world is full of businesses; more than ever before. And there are only so many things you can viably say on an ‘About Us’ page involving company values or goals. Even timely social media posts are limited in the extent to which they can differ from another.

Put simply, branding is difficult, and you need all the help you can get when it comes to setting out your particular niche in the business world. Video can give you that help.

With video, you have an empty canvas to start with, along with a much broader scope for stylistic differentiation. There are plenty of ways in which you can make your sales content worth watching. You can be funny, or poignant, or evocative. You can document the work you do or grant the spotlight to a favourite client.

As long as you give it your best shot, and try to show personality, whatever you ultimately produce will almost certainly be better than nothing. And if you hit upon something that resonates with people, you can integrate it with your other marketing plans in a larger way.

If you’ve spent a lot of time configuring analytics for your various marketing channels, you may be concerned about the impact of figuring in video, but you needn’t be. It’s actually extremely straightforward.

This is particularly the case if you use an external hosting solution, YouTube being the most common and convenient example. With all its videos tied neatly into Google’s ecosystem, you’ll be able to track performance no matter where your content is embedded.

You can track figures like how long each visitor spent watching a video, how they arrived at it, and whether they went on to convert through making a purchase, submitting an inquiry, or taking whatever action you ultimately offered.

In many ways, it’s a lot easier to deal with video if you’re looking to market across numerous sites, because stripping the analytics tracking would require someone to host a separate copy of the video, something most people won’t care to do.

So there you have it; some big reasons why video should be a huge priority for your marketing plan. Have any ideas about how you could make use of it? Start making some notes and see what you can come up with! 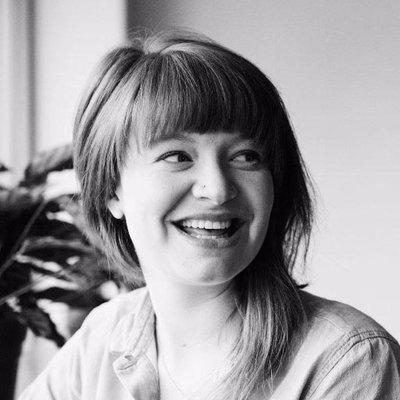 Victoria Greene is an ecommerce marketing expert and freelance writer who can usually be found browsing YouTube for inspiration. You can read more of her work on her blog Victoria Ecommerce.