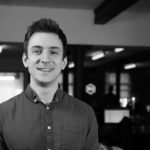 In Episode 9 of our Industry Spotlight series, Jamie discusses Amazon’s recent decision to expand S3 Select to all AWS customers. For more videos like this why not subscribe to our YouTube channel?

See below for the full video transcription.

Jamie: So next thing we’re gonna talk about, another techie thing. So AWS have finally added S3 Select into general availability. This is one of the big things to come out of the summit recently. And for me, this is a massive feature. It sounds like nothing, but depending on your use case and context, it’s really powerful. So S3 is just an object store, and it’s one of Amazon’s oldest services from AWS. And it’s great for storing massive files, basically, or just files that you want quickly and easily accessible.

So what Select lets you do it essentially run simple SQL queries against those files. So previously, a great example of this is say you’ve got a CSV in there or some sort of JSON-formatted log, something like that, and you went to parse it. You’d have to read the whole file down and then parse it your side.

One of the examples they give actually is pretty good. It gives, like, post codes or airport codes in a CSV. And now you can basically say, “Oh, just give me all the ones from America.” So instead of returning a 2-gigabyte file, and you’re paying for that bandwidth, you can say, “Just give me the part of that file I’m interested in,” and then pay for only the small part of bandwidth. So basically, it’s just a great cost-saving measure for people that deal with big files in S3.

And a lot of people save logs there, which are obviously big files people like to parse. It just saves you going back and forth with files up and down when you’re paying for the bandwidth, which lets you pick the part of the file that you’re interested in. Just another great little feature. They keep springing up all over the place, at the moment. Especially at these summits. They announce everything and anything.